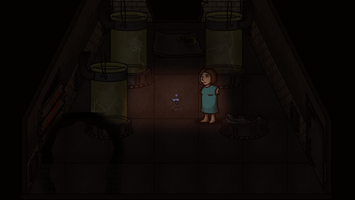 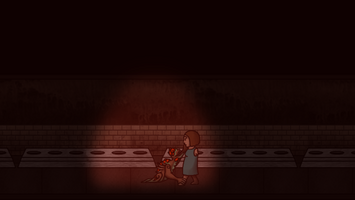 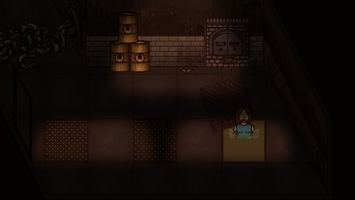 The ER: Patient Typhon has been through a busy time lately. We have been updating the trailer and screenshots and put out a demo for the game. We have been watching the videos and read the comments you all have been making about this armless demo. It’s been great input to the work process and has helped us improve the game in so many small and nerdy ways. Plus, it has helped us come up with some extra surprises. So big thanks to all whom have been giving us feedback and spread the word of The ER: Patient Typhon!

We have just made one of the creepiest parts of the game. Which was a perfect way to get into the holiday spirit. Now, this is not a jump scare horror game, but there are a few moments that can give you a little jump. Normally, John (writer, designer and programmer) never gets any jumps playing the game. He simply knows everything too well. But there is this new monster in the game that made him jump a little for once. The funny thing is that he has voiced this monster himself, so he got scared by himself. Does that officially make him a scaredy pants?

To sum it up. It’s going well on the production, and the game has already improved quite a lot since the demo came out. And yeah, the lead designer of the game is afraid of his own voice.

A bloody happy new year to you all. - John & Maria Professional Villains

Get The ER: Patient Typhon (DEMO)

Why do you not have arms?