A downloadable game for Windows

Hunting Huber is a mini open world horror, where you are hunting a werewolf.

You are the new intern at Easy Allies. On your first day you have to go deep into a dark forest. This is just the beginning of a horrible first day.

Hunting Huber is a strange fan game of Huber (Easy Allies) and his beard.

Other games by us:
Anglerfish:

Finally able to check the game fully. Pretty fun to shoot around~ However I feel exploration, while it's something being pushed to do, are kinda nauseating for me at least. Because of how dark it is. Other than that, fun!

The game was pretty cool and I loved the design and the jokes during the game. I also liked the fact a little firefly shows you the last "body" (I was lost for some times.. xD)

Btw, here is my video. I'm a random brazilian guy who likes to play indie games (gameplay in portuguese).

Thanks for the game!

This was a fun little run and gun-type game with killer squirrels and werewolves. I liked the character design, especially for my character, and I like the cute little twist at the end with a bit of humor and controversial gaming opinions. I enjoyed it!

Thanks for playing. We can see you found a bug we missed. So, that is something we have to fix.

Reply
Hula Noob1 year ago(+1)
Hello it's me, the reddit commentator who said this looks interesting and that she wants to check it out and I DID! I have to confess, I don't know the Easy Allies and usually don't play these kind of games and YET I had so much fun, the art style is amazing, that yellow/golden colouring is so pretty and spooky. The gameplay was fun and super smooth and despite walking around aimlessly for a while, I felt completely immersed and enjoyed it so much. It's a follow and it's a big thank you for this lovely experience.
Reply
CeakMentiras1 year ago(+1)

Nice work, great mood setting and I love the humor.

We are glad you enjoyed the game and thanks for sharing. :)

I think I'll pass on being an intern for this company. Really funny game. I enjoyed it a lot. Keep it up!

Another fun wee game :) I enjoyed the humour in this one

Hello, I played this game and I really liked it, everthing about it was very fun, although some things ruined the experience for me tbh, for example ESC key shouldn't restart the game, I thought I could pause it and when I pressed it, the game restarted from the beginning which was really annoying, and when I tried it the second time, the game didn't let me shoot the squirrel on the branch to take the key, I shot a million bullets to it but the squirrel didn't budge at all, then I had to restart again, I was really curious about the skull secret and the safe but tbh I was kind of done with the game after playing through it so many times. But over all great game, loved the gameplay, sound effects, and all the characters with a neat little twist at the end, good work :)

Always nice hearing from you. Glad you overall like the game.

We have been trying several times to recreate the squirrel bug you had, but so far, we can’t. Which makes it really hard to fix. You are definitely right that it would have been better if a sign had popped up when you press ESC, asking if you are sure you want to quit the game so you do not quit by accident. If we find some extra time, we will see if we can’t get that in the game. (We're pretty busy with our new game Anglerfish and finishing DLC 2 for The ER: Patient Typhon.) At least we will be more aware of this in our next game.

Thanks for playing and giving feedback!
- John & Maria

Thank you, I'll check it out, and good luck with your projects guys, you're doing great!

Nice game. Could the AZERTY keyboard be supported ?

You can also control with the arrow keys, do not know if it solves your problem?

Thank you. :) And Thanks for sharing your video! 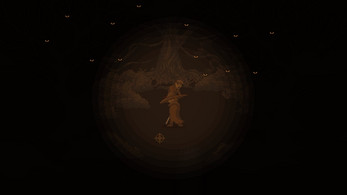 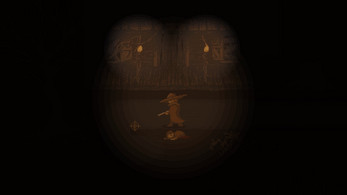 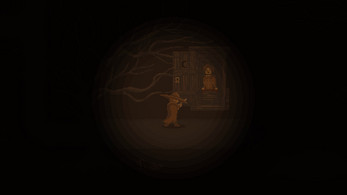